For our first ‘Field Trip’ as a band, we enthusiastically chose to attend Baritone Madness’s Christmas show on December 14, 2019 at the Ironwood Stage and Grill.  If you don’t know this group (and really you should) it was founded by Keith O’Rourke as a way to play with a couple other of his favourite baritone saxophonists (Pat Belliveau and Gareth Bane) and to celebrate the instrument by putting it front and centre instead of in its usual supporting role. It doesn’t hurt that he’s also accompanied by accomplished musicians such as Kodi Hutchinson on upright bass and Tyler Hornby on drums, either.  Even more exciting about this group – their newly released album debuted in the #1 spot in Canada, and has hit #1 in several categories for the last few months, not to mention the album climbing the charts in the US as well!  So, you can see we chose a very auspicious first outing.

Ron, our drummer, was called out of the country for work so we had a ton of fun sending him virtual live updates ensuring he could be there in spirit!

Unfortunately Luke, our trumpet player, got super sick and was devastated to cancel attending last minute, particularly as this performance was 1 week shy of the 23rd  anniversary when 2 of the 3 Baritone Madness players played at Tarra and Jevon’s wedding – and Luke was the band leader of Kaos Big Band who had brought them in!  (Yes, really, check the photographic evidence.)  Tarra still clings to the belief that Pat Belliveau would have played her wedding if he weren’t touring with some famous musician. (Was it Mel Tormé at the time?)  Well, a girl can dream. 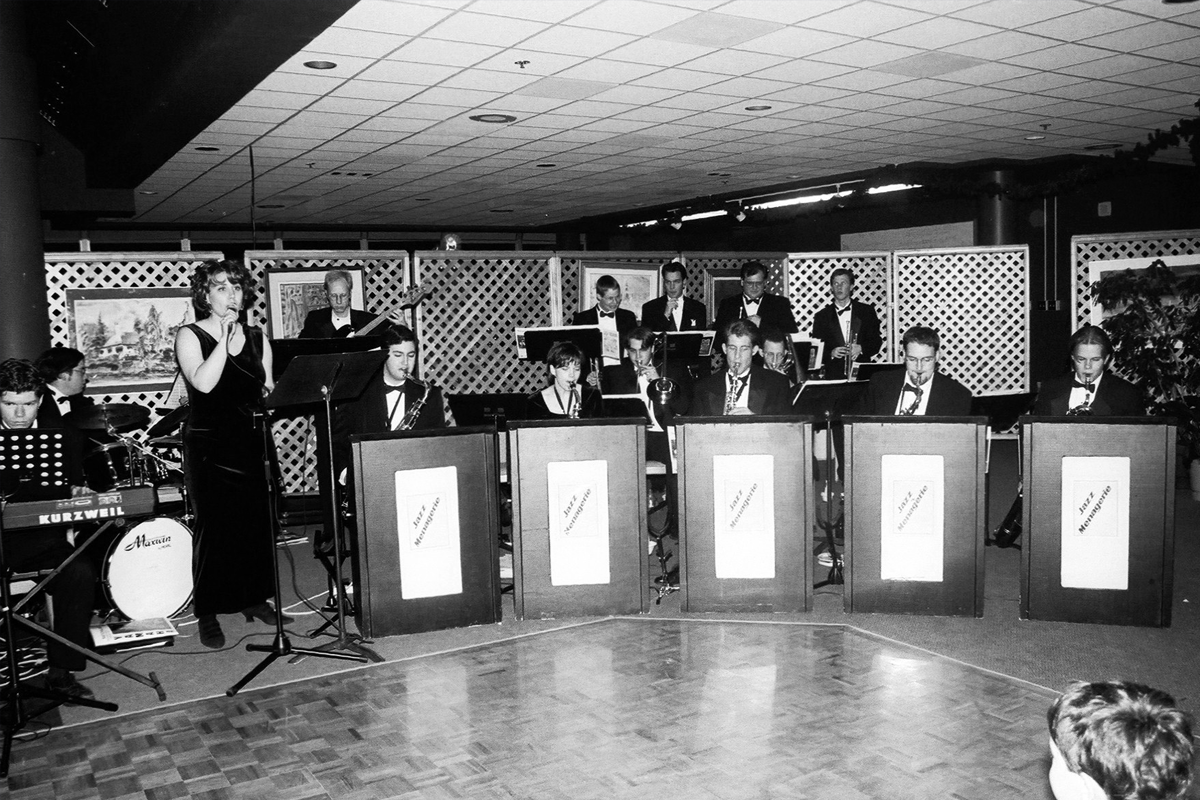 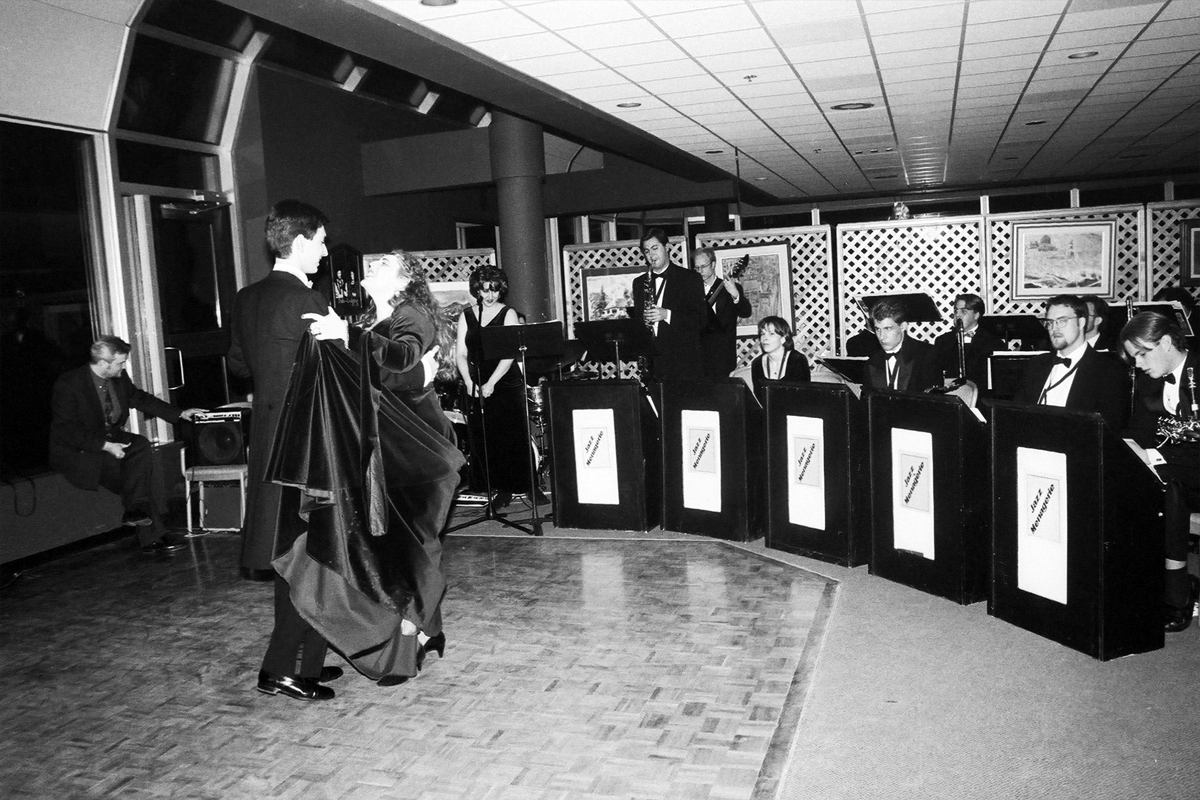 Apologies to Andrew whose name we forgot, although it has been 23 years.

Luke had mentioned, “I feel like (with LBJB) I’m just starting over as a musician.  It’s ironic that our first field trip coincides so directly that everything’s come around full circle.  It’s almost a quarter century do-over!”

The synchronicity didn’t end there.  Ethan, our youngest player who may have looked like a kid at Thanksgiving who finally got to sit at the grown up table, not only plays the baritone sax, but studies directly under Pat as he pursues his Bachelor of Music degree at Ambrose University.  Incidentally, Tyler had also just sat on his performance jury that week.  “It’s interesting for me to see these guys outside of the University setting, and to experience them as players.”

Despite the fact that all of us already had our own copies of the Baritone Madness CD, we couldn’t resist buying more.  Christmas gifts were the thoughts on everyone’s mind – except for Malcolm who admitted that his wife “liked the Christmas arrangements (of the evening’s performance) but the CD is all mine.”

Jevon and Erin were ‘all in’ for a social night out listening to live music and having fun reconnecting with the players with whom they played when they were close to Ethan’s age.  As a saxophonist herself,  it was an extra bonus for Erin to attend a show where the sax was featured front and centre.  Erin enthusiastically shared, “I loved Keith’s lyricisms, Gareth’s ‘ballsy’ clean sound, and Pat’s inventiveness and willingness to take risks.”  Jevon, who really enjoyed being able to hang out and bond with his own band members, especially enjoyed the opportunity to thank several members of Baritone Madness in person for the encouragement and support they’ve offered to him in the initial stages of founding Little Brown Jug Brass.  From helping with suggestions for players, to offering thoughts on arrangements, and even writing letters of support for grant-writing, the generosity of these amazing musicians has been both awe-inspiring and humbling.

However, all LBJB bandmates are in agreement that the non-musical highlight of the evening was being able to gift ‘band merch’ of a literal little brown jug beer growler to these exceptional musicians as a thank you for their mentorship.  The best gift ever – we just discovered that Keith apparently filled his growler up with a Cabin Brewing IPA just before Xmas! Does it get any better than this? 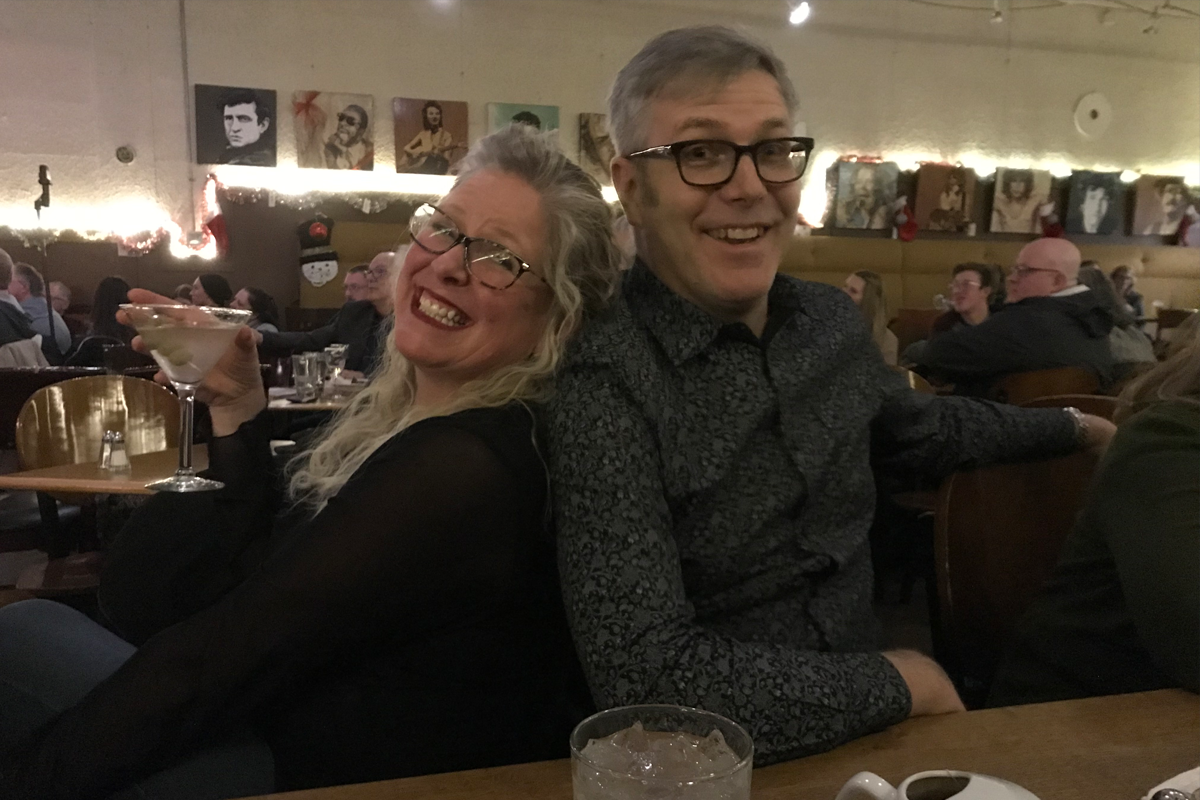 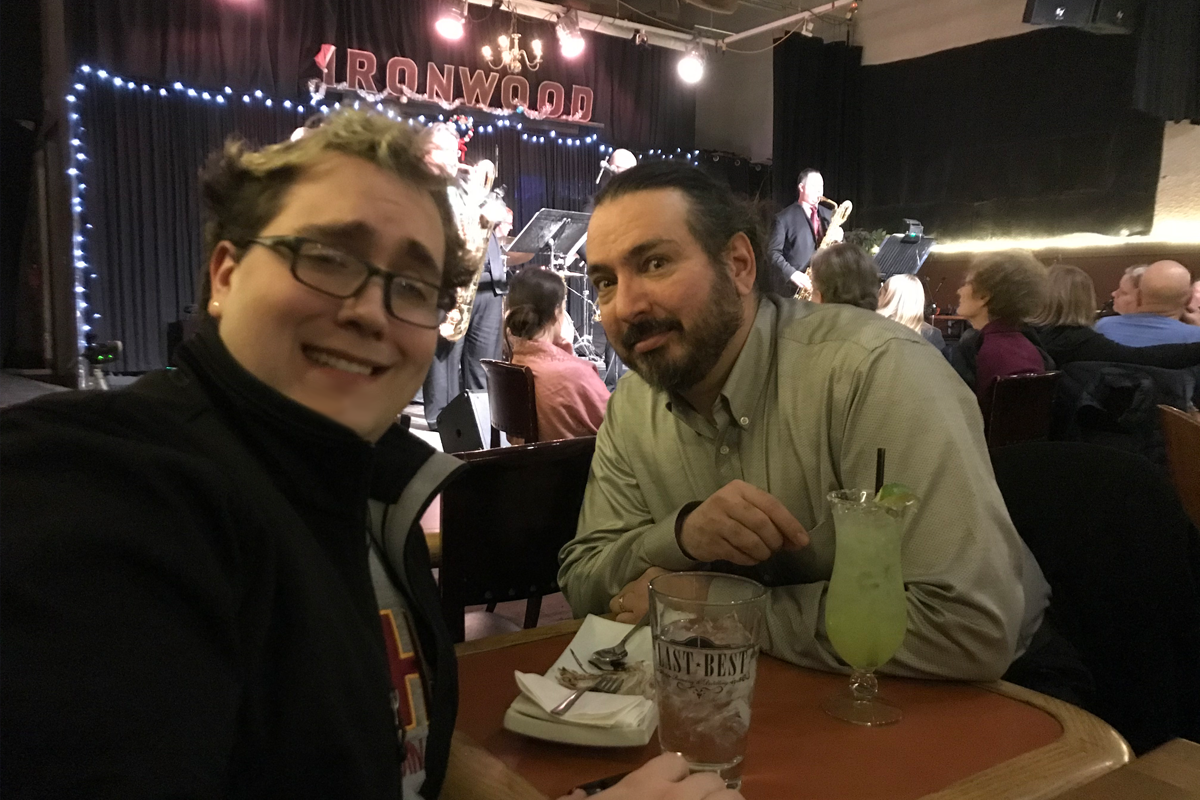 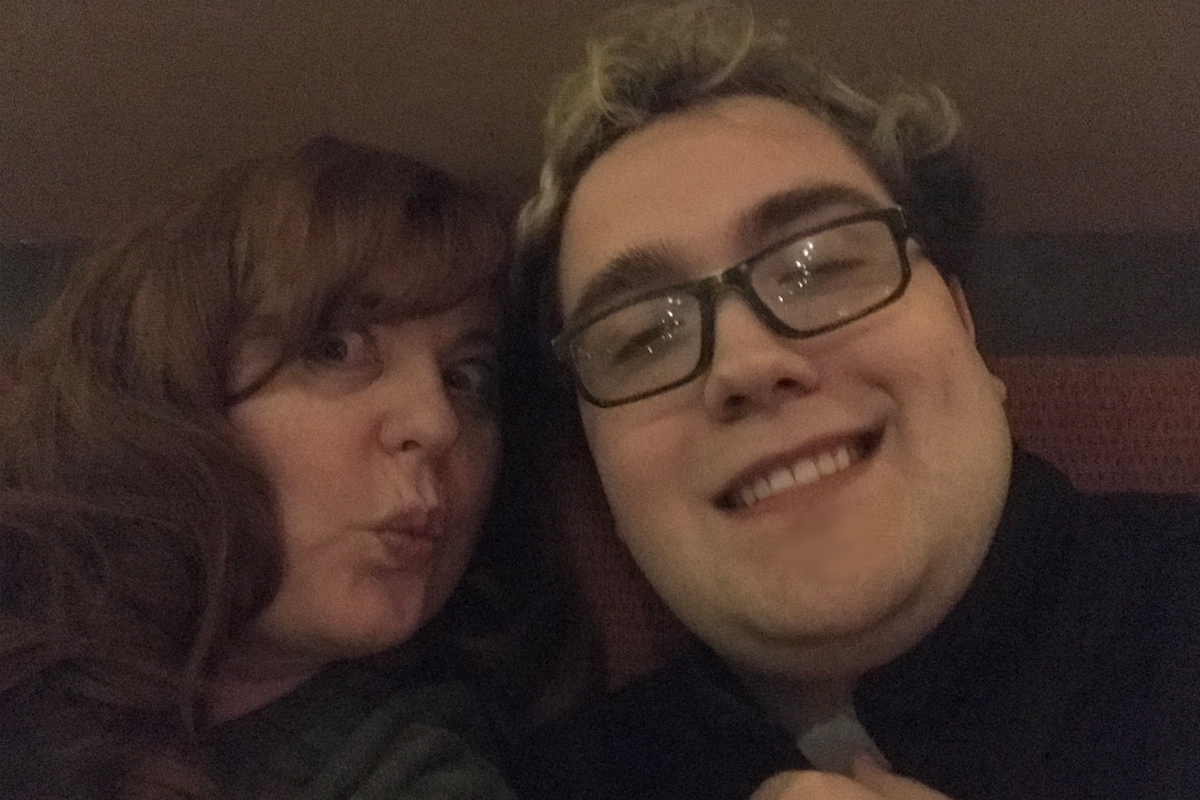 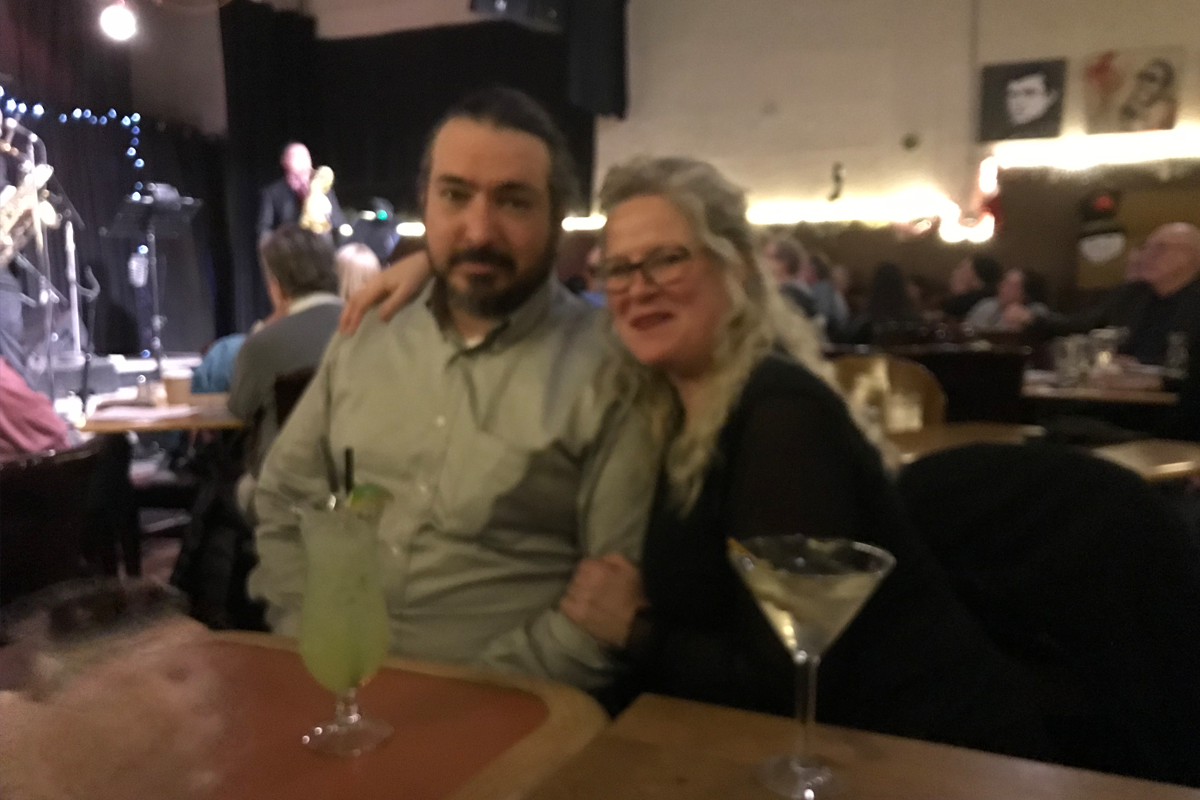 About the Author: Tarra Riley